Adventures from Here and There

i made it to islamabad, after a bit of drama of course. shez styles… like losing luggage, arranged driver did not show up at the airport. it was 3am. i took a random taxi and mumtaz, aka mommie, took me to the wrong hotel, despite me telling him a few times. then he got directions for the right one and he still could not find it.  we ran out of gas in the middle of nowhere and it was now 5am…we waited on the side of the road for an hour…a random friend of his shows up…i change cars and finally i say…just take me to the serena! which was the original plan! hotel was fully booked but after i told them it was not 630 and i had landed at 3, and i was tired and i would cry right there, they sorted it all out! it was all worth it in the end! i went to town today and to the local market with jane, a women who is running the ECD workshops. i did not take my camera, as i will be going there often i am sure, in the month that i am here. the fruits were luscious and the strawberries…amazingly red. the people were all kind and answered our many, perhaps odd questions. our driver imtiaz, thought that we were crazy and laughed at us the entire time, esp. with my lack of urdu! we were meant to leave for gilgit today but flights had been cancelled the last couple of days due to the weather. the The helicopter finally returned from tajikstan and my director, along with a few others from bangladesh took it but had to return to islamabad half way through due to the bad weather. so one more night in the serena…glad we did not have to drive…though it would have been lovely…it would have taken us 22 hours. so far it has been fun and games, but starting tomorrow, the work begins. so, i leave the fab serena. the people have been amazing. my computer crashed yest night, i took it in this afternoon and by this evening imitiaz, brought it back…fully functioning! the food has been…wow…and the hotel is wonderfully done up, islamic but modern. i have to say that is by far my fav serena. check out all the pics on facebook you can take a look at them. of course, i will  not be here for the whole month, of course. upon my return, i will be staying at a guest house not far from the office. i plan on heading to both karachi and lahore for a weekend, the busy and vibrant cities, so they say.i am looking forward to heading to gilgit tomorrow to see what changes have been made since 1997. i truly hope that i can get to singhal, the village that i had stayed in for a month and a half, to find my host family, along with the teachers. I wonder what they are up to 14 years later!

have some local outfits now…so i will be strutting in those for the most part! 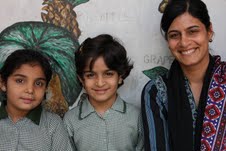 april 20
I am in Quetta right now. Got here on Tues and back to Islamabad tomorrow afternoon. This place is much different from the rest of Pakistan. Dry, different landscape entirely. And there seems to be a little more insecurity here. There were 2 bomb blasts targeted at ngos today as we were heading to Pishin. Not everyone is open to progression.
Another girl from the Islamabad office, who joined a week and a half ago joined me on this trip. We went to 2 girls schools, 1 boys school and a training centre today where we met with teachers. The boys school was the highlight of the day. The 5 and boys were something else – all so adorable. I wanted to take home this one tiny chap. Nasibwallah was his name. He had these big brown eyes and he was so attentive to everything that was going on. They learnt how to say good bye, after I said it as i left the classroom, and then could not stop chanting it as they left the school gate. It became a ‘goodbye’ song for them. There teacher was equally great. The first male teacher I have interacted with on this trip, as most are women. However, in the boys schools the teachers are all males.
One can really see how this programme (RCC) has benefited the children and the community as a whole. Unfortunately, I did not make it to Gilgit or Chitral due to flight cancellations so I was not able to develop an entire picture of the programme’s impact. 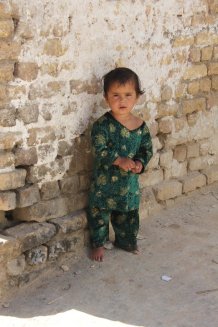 the flight from quetta to multan was horrifying. turbulence all the way. the flight attendant and 3 others were throwing up. the pilot was either unexperienced or drunk. nothing was wrong with the weather. multan was the connection. we still had to get to islamabad. erum and i refused to get back on and one of the men started yelling at us. we told him to go talk to the pilot first. he must’ve been flying too low because we were fine the rest of our journey. gees.
Last weekend I headed to Lahore with a lady that is here for a year on TKN  – volunteer programme. We had a nice time, though the visit felt short.

something funny about the flight from islamabad to karachi on PIA

in the inflight presentation actually told passengers and showed in the video, things to not throw in the toilet. i could not control myself when i saw  – no forks,  no knives, no cups! almina, a lady i had met in islamabad and i were traveling together. i don’t know what was funnier, the video or her face when i asked her if people take their meal trays into the washroom with them! haha